Dr. Jason Van der Velte bringing the resuscitation room to the scene of the accident

A 112 call comes in. A person has been seriously injured. Aware every second counts in the critical first hour, emergency agencies mobilise immediately

Note: Some readers may find the contents of this article upsetting

The Irish Examiner reports:  The call came in just as Dr Jason Van der Velde was heading to bed in his Clonakilty home. A man had fallen into a blowhole in Garretstown. It was well after 10pm, the last Saturday in April this year, and the call came from the National Ambulance Service’s (NAS) National Emergency Operations Centre in Tallaght. Dr Van der Velde, a pre-hospital emergency medicine and critical care retrieval physician attached to CUH, knows the Garretstown area well: “I swim there and I go there recreationally with my family.” He left in the response car and on his way picked up Eamonn Barry, a coast guard diver and part of the committee of West Cork Rapid Response. “Just before we arrived we were alerted by ambulance control that another person had swum into the blowhole to get to the first.

“I know from experience that someone falling into that blowhole is going to be dead. No question. It was a very stormy night, the sea was extraordinarily rough – we feared we’d have two people dead in there.”

By the time the two colleagues arrived on the cliff – a place of multiple ravines and deep crevices – where the blowhole is located and where a group of friends had been camping, the coast guard’s cliff rescue team was already there, as were other elements of the emergency services.

They could see into the blowhole and it was immediately apparent one of the men had died, while the other was alive, keeping afloat in what Dr Van der Velde says were “extremely rough conditions”.

With the water rushing in and out of the blowhole – “it’s a massive turbulent cave in there,” says Dr Van der Velde – the coastguard set up a specialised lowering-and-hoisting rope system. “Eamonn and I got permission to climb and we went down in our dry suits to secure the deceased and also his friend who was getting hypothermia. With hypothermia you become cognitively impaired. He was in imminent danger of dying.

“One of the coast guard climbers came down with a strop, secured him and hoisted him up. The paramedics looked after him, got him into an active warming system and transported him to CUH. Meanwhile, Eamonn and I held onto the deceased, and all the time the water was coming into the cave, into that blowhole, like a gigantic washing machine.”

“That’s why we break down the barriers of the walls of the resuscitation room, why we reach out to our colleagues in the coast guard, the defence forces, to all the emergency agencies, why we go to the point of injury – to the farmyard, street, cliff-side.”

This vital link-up of services so that the life of the imperilled and the at-risk can be preserved very often begins with a bystander witnessing an incident unfold. The passing motorist comes across a car crash. The walker on a beach or headland sees someone lose their footing on a loose rock atop a cliff and come tumbling down.

“We’ve some of the most beautiful coastline in the world. People seek to enjoy that, but at the same time there are hazards,” warns Dr Murphy.

When an accident’s reported, all the inter-agency elements of the emergency services immediately swing into action. In the case of the person injured after stumbling off a cliff, for example, the coast guard’s invariably the primary agency activated, says Dr Murphy.

“The coast guard might task a helicopter to the scene, they’ll invariably task a lifeboat and at some point they’ll contact the Gardaí and the NAS. And if somebody’s critically ill or injured, the Emergency Operations Centre at the NAS will generally contact a pre-hospital emergency medicine or critical care doctor and task us to the scene. The whole idea’s to bring the emergency department, the resuscitation to the roadside, the cliff-side – it becomes the resuscitation room.”

After that, explains Dr Murphy, the patient will be transferred to the hospital most appropriate to their needs. CUH, for example, has been designated one of two major trauma centres in Ireland. “It has all the key specialists to cater for the vast majority of severely injured patients’ needs.” 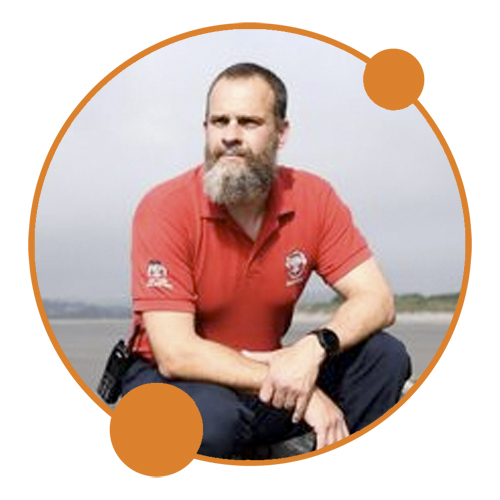